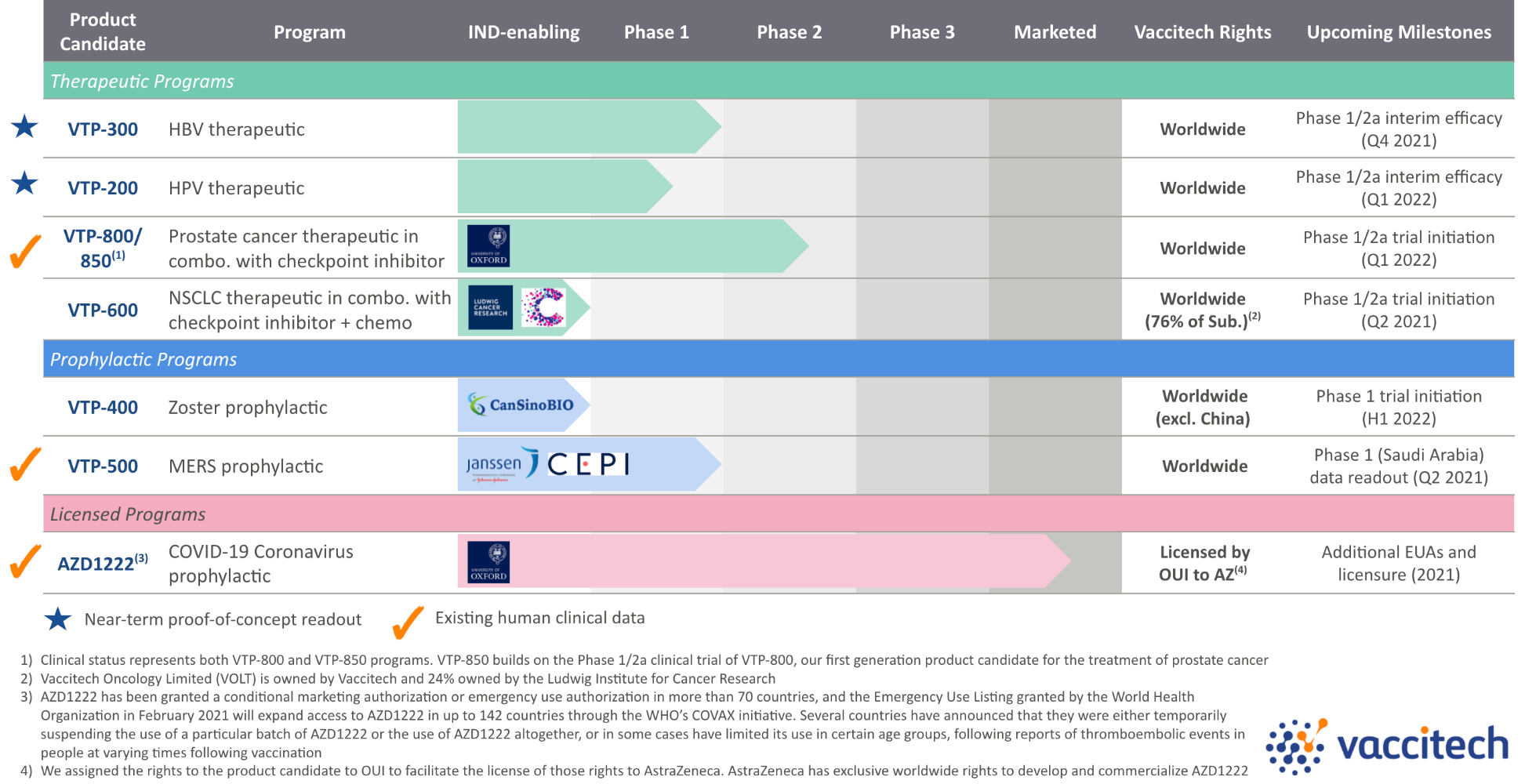 Hepatitis B is considered a “silent epidemic” because most people are asymptomatic while chronically infected. Thus, they can unknowingly spread the virus to others and continue the spread of hepatitis B. Although asymptomatic, their liver is still being silently damaged.

Globally it is estimated that there are 257 million people, including more than two million in the U.S. and 13 million in Europe, living with CHB infection. Prevalence is highest in East Asia and Africa. Approximately 880,000 people die each year from hepatitis B and related complications, such as liver cancer as a result of late-stage diagnosis. Hepatitis B diagnosis rates remain low, and as of 2016, only an estimated 10% of all those infected were aware of their infection. As a result of low diagnosis rates and strict treatment eligibility guidelines, only an estimated 4.5 million of the people with CHB were on treatment. In recent years, screening has become more prevalent, particularly in East Asia where in some countries screening is a requirement for employment, which we believe will increase the addressable patient population.

Vaccitech is developing VTP-300 to enable a functional cure for patients with CHB, a life-threatening disease that affects an estimated 257 million people worldwide. VTP-300 is an immunotherapeutic agent that Vaccitech intends to administer in combination with a low-dose anti-PD-1 antibody, to counterbalance the immune suppression and T cell exhaustion in the liver caused by CHB.

It is estimated that approximately 291 million women worldwide are carriers of human papillomavirus (HPV) DNA. Persistent genital HPV infection is responsible for almost all cases of cervical pre-cancerous lesions, which can lead to cervical carcinoma. Cervical cancer was the fourth most common cancer in women in 2018, with approximately 570,000 cases and 311,000 deaths from the disease worldwide. The American Cancer Society predicts that, in 2020, about 13,800 new cases of invasive cervical cancer will be diagnosed in the US with over 4,000 women dying from the disease. Over 99% of cervical cancers are caused by HPV infection. Treatment of high-grade cervical lesions requires invasive interventions, such as Loop Electrosurgical Excision Procedure, or cryoablation, which are associated with potentially dangerous complications. Thus, there is an unmet need for non-invasive therapeutic options to treat existing HPV infections and prevent cervical cancer.

Extensive preclinical studies were conducted using VTP-200, with resulting data showing that VTP-200 was well tolerated in preclinical toxicology studies and highly immunogenic in inbred and outbred mice. The ongoing HPV001 Phase 1/2a clinical trial of VTP-200 is designed to assess the safety and efficacy of VTP-200 and determine the optimal immunotherapeutic dose regimen. Vaccitech plans to enroll 105 healthy women with low grade lesions who have had persistent hrHPV for at least six months.

(1) Clinical status represents both VTP-800 and VTP-850 programs. VTP-850 builds on the Phase 1/2a clinical trial of VTP-800, our first generation product candidate for the treatment of prostate cancer

Partnered with UNIVERSITY OF OXFORD

Prostate cancer is the second most frequent cancer diagnosis in men and the fifth leading cause of cancer-related death in men worldwide. In 2018, approximately 1.2 million new cases were diagnosed, and approximately 360,000 deaths occurred. The incidence and mortality of prostate cancer increase with age, with the average age of diagnosis being 66 years. Furthermore, the incidence of prostate cancer is expected to increase due to longer life expectancy and lifestyle factors.

Vaccitech is developing a prostate cancer immunotherapy candidate, VTP-850, for castration resistant and metastatic prostate cancer. VTP-850 is administered in combination with a licensed checkpoint inhibitor.

VTP-850 builds on the positive data from a Phase 1/2a clinical trial of VTP-800, our first-generation product candidate which encodes 5T4, an antigen expressed by most prostate cancers. VTP-800 has been administered to patients with prostate cancer in two clinical trials sponsored by the University of Oxford. VTP-850 is at an early stage of development, and no preclinical studies or clinical trials have been performed to date. There are preclinical data and clinical data from our first-generation prostate cancer immunotherapy, VTP-800, which we believe are informative for the development of VTP-850 as it contains the same 5T4 antigen encoded in VTP-850.

In a Phase 1 study, VANCE01, it was observed that 59% of participants had no detectable T cell response at baseline and developed a new 5T4-specific T cell response, as measured by an ex vivo gamma interferon ELISpot. T cell infiltration into the resected prostate was also observed. This data was presented at ASCO 2018.

ADVANCE was an open label, non-randomized Phase 1/2 clinical trial of VTP-800 in combination with anti-PD-1 checkpoint inhibitor, nivolumab, in 23 patients with metastatic prostate cancer. The trial was sponsored by the University of Oxford.

In the 23 mCRPC patients who received VTP-800 in conjunction with an anti-PD-1, 5 patients (22%) had a >50% reduction in PSA level at any timepoint compared to baseline (median of 88 ng/ml). Three of eight patients with measurable disease had partial tumor responses. We believe that using VTP-850 in combination with checkpoint inhibitors may provide enhanced therapeutic benefits, as indicated by data from the ADVANCE trial.

Lung cancer is the most frequent cancer diagnosis and cause of cancer death worldwide. In 2018, approximately 2.1 million new cases were diagnosed and 1.8 million deaths occurred. Approximately 85% of lung cancers are cases classified as NSCLC. The most important histological distinction is squamous versus non-squamous, as it impacts selection of systemic therapy. About 25% to 30% of patients have tumors with squamous histology, which is associated with a worse prognosis and a worse response to chemotherapy.

MAGE-A3 and NY-ESO-1 are believed to be important target antigens for NSCLC as well as other tumors. MAGE-A3 and NY-ESO-1 are cancer/testis antigens, which are frequently expressed on cancer cells but have limited expression in normal tissues. MAGE-A3 is expressed in 48% of squamous NSCLC and 24% of non-squamous NSCLC. NY-ESO-1 has been shown to have an expression rate of 27% across all NSCLC types.

Vaccitech has established a joint initiative with the Ludwig Institute for Cancer research, Vaccitech Oncology Limited (VOLT), to progress the clinical development of VTP-600. VOLT has completed the CMC and preclinical development packaging for the therapeutic products. VTP-600 is anticipated to enter the clinic in the second quarter of 2021 as part of a Phase 1/2a trial sponsored by Cancer Research UK. NSCLC patients will receive VTP-600 in combination with chemotherapy and anti-PD-1 standard of care, pembrolizumab.

VTP 400: A prophylactic vaccine candidate for the prevention of Shingles

Partnered with CANSINO BIO in China and Southeast Asia

Shingles is the local recurrence of previous chickenpox infection and causes extreme morbidity throughout the world. Due to a natural decline in cell-mediated immunity with increasing age, approximately 80% of the 140 million global annual shingles cases occur in individuals over the age of 50, and immunocompromised patients, who together experience 7 to 25 deaths per 100,000 cases. The most devastating consequence of shingles is the occurrence of localized pain at the site of recurrence, known as post-herpetic neuralgia, which increases with age and can be debilitating to the point of requiring opioid-based analgesia.

Vaccitech is developing VTP-400, a next-generation shingles prophylactic product candidate, to prevent shingles in adults aged 50 years and older. The vaccine candidate is based on one or two doses of ChAdOx1 encoding the validated varicella zoster virus glycoprotein E antigen.

Preclinical studies have been conducted for VTP-400, with resulting data showing that VTP-400 generated a superior T cell response in outbred mice as compared to Shingrix and generated a similar antibody response in both young and aged mice.

Vaccitech holds global commercial rights to the vaccine candidate outside China and is in an ongoing licence and collaboration in China and Southeast Asia with its regional partner, CanSino.

VTP 500: A vaccine candidate for the prevention of Middle East Respiratory Syndrome (MERS)

Partnered with UNIVERSITY OF OXFORD

MERS is a viral respiratory illness that is new to humans, caused by MERS-CoV. MERS-CoV was first detected in humans in 2012 and has infected more than 2,400 people globally, with a 34.4% mortality rate.

As with disease caused by other coronaviruses, MERS varies from asymptomatic infection to a respiratory illness, including fever, cough, and shortness of breath, and in some patients, severe respiratory disease and death. Although human-to-human transmission appears to be rare and cases have been historically limited to the Middle East, a single traveler caused an outbreak in South Korea involving 186 diagnosed individuals and 36 fatalities, in 2015. The Asian outbreak lasted from May to July, and 16,752 people were isolated with MERS-like symptoms. This outbreak in South Korea demonstrates the potential of MERS to cause epidemics outside of the Middle East, and ongoing transmission from the camel host to humans continues.

Vaccitech is developing VTP-500, its prophylactic vaccine product candidate, to prevent infection and subsequent disease caused by MERS-CoV. VTP-500 is based on the use of one or two doses of ChAdOx1 encoding the spike glycoprotein of MERS-CoV and was developed at the University of Oxford.

Preclinical activity in transgenic mice, camels and monkeys, along with positive data from a human Phase 1 safety and immunogenicity clinical trial funded by the UK government, led to further grant awards in 2018 to the University of Oxford, with Janssen as a partner, by the CEPI. To enable the CEPI-Janssen non-profit collaboration, Vaccitech licensed non-exclusive development rights to the University of Oxford.

Oxford University are also collaborating with The King Abdullah International Medical Research Centre (KAIMRC), to test the MERS vaccine in an ongoing Phase 1 clinical trial in the Kingdom of Saudi Arabia (KSA).

Vaccitech retains commercial rights for the product while licensing certain rights back to Oxford for non-profit development of the vaccine.

(3) We assigned the rights to the product candidate to OUI to facilitate the license of those rights to AstraZeneca. AstraZeneca has exclusive worldwide rights to develop and commercialize AZD1222

Outlicensed to UNIVERSITY OF OXFORD, ASTRAZENECA

The COVID-19 pandemic is an ongoing global public health and economic crisis. Over 100 million cases and over a million deaths are confirmed worldwide. Caused by the coronavirus, SARS-CoV-2, the clinical spectrum of the COVID-19 disease is wide, encompassing asymptomatic infection to severe viral pneumonia, multi-organ failure, and death. Countermeasures to control the spread of SARS-CoV-2 are urgently needed to protect lives and prevent further damage to the economy. Vaccines are an essential countermeasure, however, due to the novelty of the SARS-CoV-2 virus, there have been no specific treatments or vaccines currently available. One fast and safe way to introduce widespread COVID-19 immunity in the population includes the use of effective prophylactic vaccination to induce a durable immune response. Several countries, including the US, UK, Japan and the EU, have already started pre-ordering over two billion doses of coronavirus vaccines in order to boost immunity rates and lower infection rates and overcome the major disruption caused thus far.

The VTP-900/AZD1222 COVID-19 vaccine utilised the ChAdOx1 platform encoding the full-length spike protein of SARS-CoV-2 which is responsible for receptor binding and entry into human cells. Technical expertise from development of the MERS vaccine, which contains an equivalent antigen and has a clinically proven ability to induce neutralising antibodies against coronavirus spike proteins in human trials, was leveraged for the creation of VTP-900/AZD1222.

In partnership with the University of Oxford’s Jenner Institute, we co-invented and jointly developed our COVID-19 vaccine candidate VTP-900, now Vaxzevria, which we assigned to OUI to facilitate the licensing of those rights by OUI to AstraZeneca. AstraZeneca has announced that AZD1222 has been granted emergency use authorization in the United Kingdom, India, Brazil and South Africa, among more than 50 other countries. The World Health Organization, or the WHO, also granted an Emergency Use Listing for AZD1222 in February 2021, which will expand access to AZD1222 in up to 142 countries through the WHO’s COVAX
initiative.

We are eligible to receive a share of royalties and other revenue received by OUI pursuant to its agreement with AstraZeneca for AZD1222.